“Very proactive and extremely helpful, especially with technical queries. I would not hesitate to recommend and will certainly be using them again in the future.”

‘Under CDM2015 regs we have found CASS ALLEN to exercise a level of professionalism and due diligence which is second to none. We would therefore definitely recommend CASS ALLEN as our preferred acoustic consultant, for all of our projects.’

“I was very pleased with their technical knowledge and professional approach when dealing with a very awkward purchaser as well as the local authority.”

“Cass Allen have assisted us on a number of our projects. I’ve been impressed with their thorough and professional approach.”

Whenever a new development is built, it impacts the way in which wind moves through an area. This is not a consideration that you may immediately associate with acousticians, however, in tall buildings with certain types of façade elements, it can be a real acoustic problem.

Wind flow across any building will generate noise – this is due to turbulent airflow around the edges of the building. At higher wind speeds this is generally audible as a broadband or slightly tonal ‘wooshing’ sound. People are generally familiar and accustomed to this noise and therefore it is rarely considered to be a problem.

However, under certain conditions, wind can cause building elements to vibrate which can potentially generate high noise levels.

It is quite rare for this to be a problem, however, when it is, it can be quite dramatic. For example, listen to this video of the Beetham Tower in Manchester.

The weird ‘alien like’ sound that can be heard in the video is caused by the vibration of the ‘blades’ on the roof of the building. This vibration occurs at certain wind speeds and directions.

To see what vortex shedding looks like, see this video. 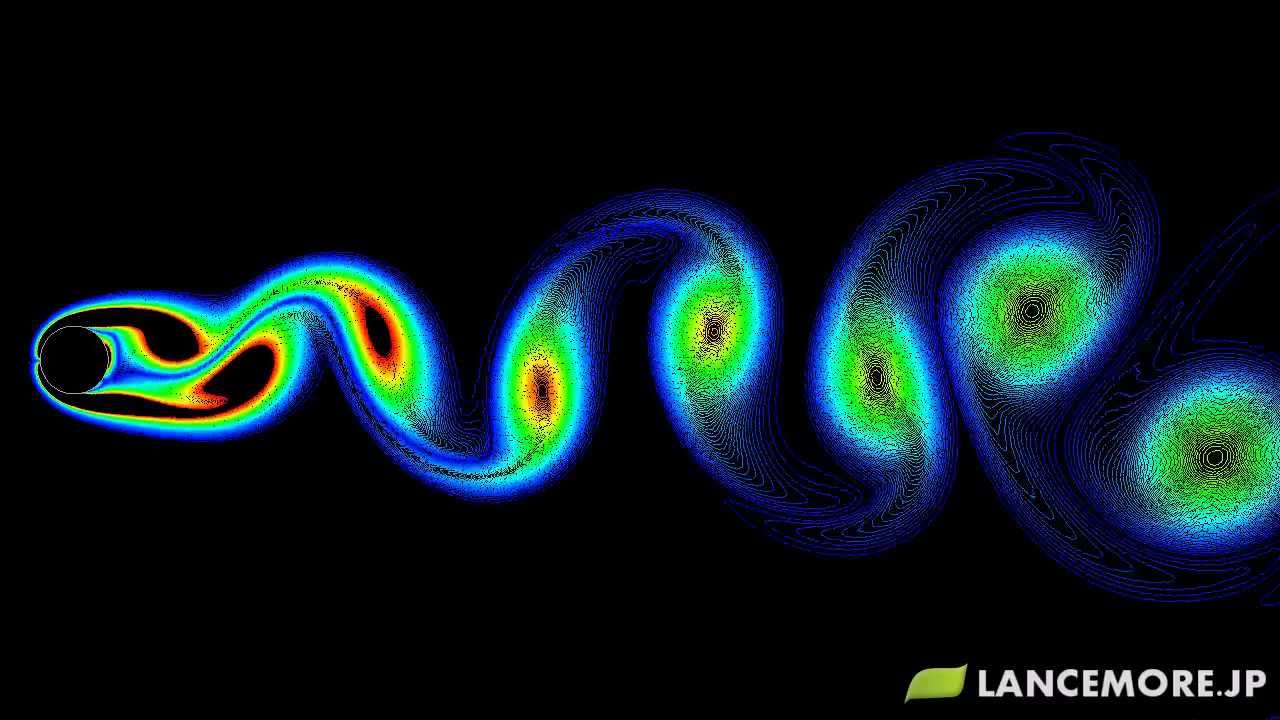 This image shows vortex shedding behind a circular cylinder

Smaller façade elements tend to be most susceptible to tonal wind induced noise, such as architectural baguettes, solar shades, cables, small apertures etc. This is because the natural resonant frequency of these objects are more likely to be in the audible frequency range (20-20,000Hz).

There are general guidelines that can be followed to minimise the risk of vortex shedding problems in the design of new buildings:

Testing and modelling can also be carried out to further assess whether any issues are likely to occur including:

b) Conducting tests of the façade elements in a wind tunnel.

If you would like guidance relating to tonal wind induced noise or any other acoustic aspect of your project, please get in contact with us at mail@cassallen.co.uk and we would be happy to assist.

If you’ve found this article interesting, have a look at these other examples of vortex shedding occurring in various contexts; some of them are quite dramatic!

The fall of the Tacoma Bridge

Lamp posts dancing on the M62

We hope you’ve enjoyed browsing our website but if you have any questions feel free to call us to talk through any acoustic issues you may be facing on your projects. The best person who can help with specific queries can be found here.